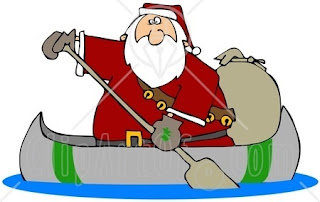 Christmas is coming, the goose is getting fat, Christmas parties are being organised and alcohol is flowing. We are no different and have organised our staff christmas party for the 18th December.

We are also in the middle of sending out vouchers for Christmas presents. We are offering 10% off any booking made before January 1st 2010. Hurry and book that session you wanted to for next summer when the weather changes back to hot.
Posted by Safe and Sound Outdoors at 02:41 No comments:

In the Big Smoke

A quiet week this week which has seen Spud venture down to London on Tuesday for the Community Care Families and Young People conference in Islington. The conference was part of our on going marketing plan for increasing our profile.

We had a stand with New Relflexions and were there promoting our activities and in particular our respite breaks for disabled young people.

The footfall on the day was good and we had lots of feedback so only time will tell whether anything comes from it. It was nice to meet lots of interesting people and show them what we do.

Having not been to London for over 7 years it was also a bit exciting for me but I am glad to be back in the wet and wild North Wales countryside.
Posted by Safe and Sound Outdoors at 02:01 No comments: 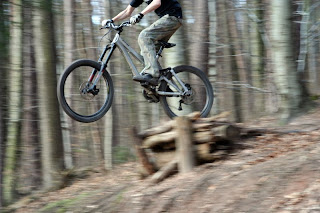 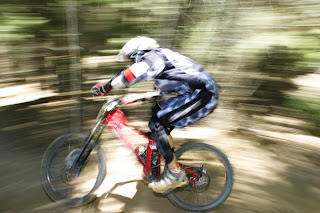 Well this weekend was a first for me as I was invited to go along and try the uplift facility at a local downhill venue, Moelfre, nr Oswestry. Having never done any downhilling I was keen to have a go.

I arrived at Warren's house at 8.30am and he was there ready with his downhill beast and body armour, full face helmet and pads. My bike isn't specifically designed for downhilling but I did think it would be ok. I also don't own a fullface helmet so I had to borrow one from Warren.

We arrived at Moelfre and the rain just followed us in. Getting kitted up by the van my nerves started to kick in and looking around at the kit on show did nothing to calm them. I would like to think that I wasn't a bad bike rider but I was nervous. Kitted and ready to go we headed up to the uplift waiting point and waited for our lift. This turned out to be a tractor with a large trailer on the back and off we went trundling up the hill. Warren showed me the track as we climbed and to be honest it didn't look to bad.

When we arrived at the top I decided it would be a good idea to let everyone else go first and follow down at a leisurely pace.

Off we went down the hill and my first impression wasn't too bad. Grassy slopes with a couple of tentative drop offs and a few ruts. We passed the top section with little real problem and then the steeper stuff arrived. It was basically a sheep track down a fairly steep hill and with all the rain we had had it was very greasy to say the least. the best approach would have been quick with minmal breaking, however nerves were kicking in and I was particulary heavy on the breaks and slid down this section. Then came the flat out down section. I have tackled steeper sections before in the past but today wasn't to be my day and i fell off on this as well.

We moved onto the traverse and I coped well with this and even managed the slab and following jump to leave us at the bottom again.

Off up we went in the bouncy tractor to the top for another bash. This time things went better and I coped with the top section without too many hassles and we picked a different route down and no falls until I hit the steep section and off i can again. Once I had completed this we headed to the traverse and disaster struck. I don't quite know what happened but I fell off and ended up in a heap in agony. I pulled my helmet off and ripped at my knee pads and thought that i had broken something. Once I had calmed down I realised I had just twisted my knees and that was that. End of day for me. I hobbled back to the van while Warren did a few more runs until the rain came in heavier and he called it a day.

So after my day of downhilling Warren asked if I would do it again and the answer has to be yes, definately. It was good fun and I'm sure that after two or three more runs I would be happy with the whole route.

So here's looking at next time. Maybe when the trails are dusty and the sun is shining. Cos after all North Wales in the winter can be miserable. Lets be honest.
Posted by Safe and Sound Outdoors at 07:25 No comments:

Well, its been a quiet week this week, just our usual business of young people doing their outdoor education days as part of their school programme. This week we have been walking and indoor climbing.

Our activities manager, Craig, is off to Ireland next month to do his REC first aid trainers course so watch this space for more dates of REC First aid course in the near future.

Posted by Safe and Sound Outdoors at 02:23 No comments:

Yesterday was a high ropes and paintball day for New Reflexions staff and young people to come along and let off some steam in the trees. We had approximately 40 people come along and hang around in the trees. Check out the video to see the staff on some of the sections.

Posted by Safe and Sound Outdoors at 08:55 No comments: 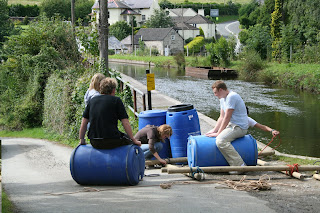 Well half term is upon us already and christmas is fast approcaching. This week we are offering the chance for families to visit us and take part in a special offer of £100 for a half day activity or £150 for a full day of two different activities. These could be climbing and abseiling or open canoeing or even gorge walking.
Posted by Safe and Sound Outdoors at 03:29 No comments:

Well hello and welcome to the new Safe and Sound Outdoors blogsite.

From now on you can see what special deals we have on offer and anything else new and exciting we have to offer.
Posted by Safe and Sound Outdoors at 07:47 No comments: